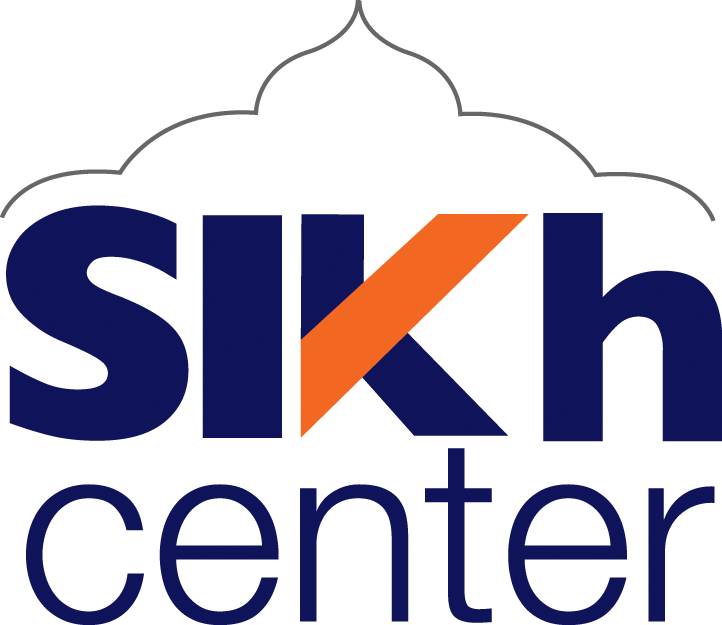 SIKHI AT A GLANCE

The Sikh tradition, known in the Punjabi language as Sikhi, is a relatively young tradition that was founded over 500 years ago in the Punjab region of South Asia. There are more than 25 million Sikhs around the world, which makes Sikhism the world’s fifth-largest religion. Sikhs first came to the United States in the late 1800s and there are an estimated 500,000 Sikhs living in America today.

Sikhi teaches a message based on the principles of love and oneness and calls on all followers to be spiritual warriors. Meditation, service, and justice are core aspects of the Sikh way of life. Sikhi is a distinct religious tradition that maintains its own distinctive features, including founders, scripture, worship, ceremonies and traditions.

BELIEF
Sikhism is a monotheistic religion, and the basic Sikh belief is represented in the phrase Ik Onkar meaning “One God”.The core beliefs include three daily principles of Sikhi: truthful living, service to humanity, and devotion to God.

HISTORY
Sikhism was founded in the Punjab region in India in the 15th century by Guru Nanak Dev.

SCRIPTURE
The primary source of Scripture for Sikhs is the Guru Granth Sahib, regarded as the living Guru, after the final Guru in human form, Guru Gobind Singh, passed away.

PLACE OF WORSHIP
A Sikh place of worship is known as the gurdwara. The word gurdwara means “doorway to God”. Traditionally there is no official clergy within the Sikh tradition. Over time, however, priests have become more commonplace. Many gurdwaras employ priests to conduct services, while many others are run entirely by members of the local congregation.

THE FIVE Ks
The Five Ks are the articles of faith that Sikhs wear as ordered by the 10th Guru, Guru Gobind Singh. Most Sikhs wear one or more of the articles but only Sikhs who have taken amrit, a ritual analogous to baptism, wear all. They include:

Today, Sikhs live all over the world, are embedded within their local and national communities, and remain committed to the core values of spiritual growth and social justice. Sikhs continue to establish gurdwaras with and for their communities, and Sikhs strive to maintain basic aspects of the tradition within these contexts. Sikhs have been in the United States for more than a century now, and they have established themselves as active contributors to civic society.

The Gurdwara is the Sikh place of learning and worship where the community gathers. Visitors of any background can seek shelter, comfort, and food through the institution of langar, a free community kitchen open to all. Because the Sikh faith does not have an ordained clergy, any woman or man from the congregation may lead religious services.

The Sikh scripture is at the center of Sikh life, and it is also placed at the center of the gurdwara space. The entire Guru Granth Sahib is written as poetry and music, so the majority of a worship service is conducted in song. Community members and musicians lead the congregation in singing and chanting, and often community leaders will take a few moments to explain basic ideas and lessons from the selections. After the ceremony, the congregants gather for a meal together that is called langar. Everyone sits on the floor as a sign of equality, and people of all backgrounds and identity groups are welcome to join.

There are a few basic aspects of etiquette to know when visiting a gurdwara. Visitors must take off their shoes and cover their heads before entering the worship space. Both of these practices are signs of respect. Upon entering the space, Sikhs bow before the Guru Granth Sahib as a sign of submission to the teachings — this is not obligatory for observers. All congregants then sit on the floor together to participate in the worship and singing. Everyone is welcome to participate as they see fit. Most commonly, visitors prefer to sit, observe, and enjoy the music.

The Sikh Gurus instituted the unique practice of Langar. Langar is food that is cooked by the members of the community and served by members of the community, to all people at the Gurdwara. All Gurdwaras have a common kitchen, where Langar is cooked by volunteers and open to all. Langar is communal cooking, eating and sharing. Langar is eaten while sitting on the ground. The idea is to demonstrate equality of all people, irrespective of caste, creed, religion, race or sex. When Sikhism was sprouting in the South Asian subcontinent, the caste system stratified society. Higher castes would sit on stools and chairs and eat, while the lowest caste were not allowed to eat even in the same room, and usually on the floor, away from sight. The Gurus wanted Sikhs to always practice egalitarianism and communal responsibility. Langar represents one of the institutions the Gurus founded to break down caste barriers.

WHAT IS THE SIKH WEDDING CEREMONY?

The Sikh marriage ceremony is called Anand Karaj. It is performed in the presence of the Guru Granth Sahib, the Sikh scripture. In a Sikh wedding, scripture is read from the Guru Granth Sahib, and after each section the couple walks around the Guru Granth Sahib, showing their commitment to the teachings being read. This is done four times. Following this, a communal prayer is said for the couple and religious hymns are sung. The ceremony may be performed by any initiated member of the Sikh faith. The prayers being read indicate that the couple pledge allegiance to each other as well as the Sikh way of life and make a commitment to working together to help each other realize the Divine Presence.